The Dirty Dozen Of Walleye Cranks 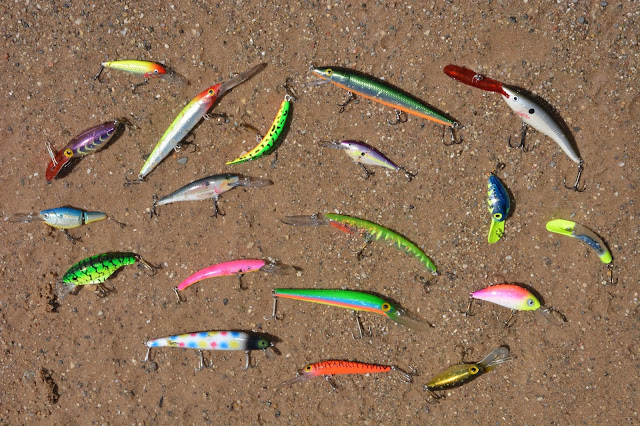 Amongst crankbait fisherman there is a constant debate over which lures consistently produce the most bites. With literally hundreds of crankbait models and almost as many brands to consider, one might conclude that identifying just 12 baits a pipe dream. Actually, the dirty little secret of crankbait fishing is that most baits simply don’t produce fish on a consistent basis. Sure just about any crankbait will catch the occasional fish, but when it comes to hard core lures that catch walleye again and again and again, the list of noteworthy baits is a surprisingly short one. 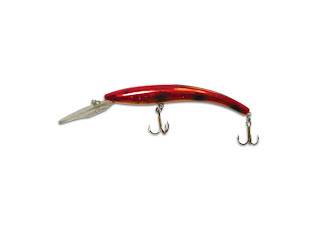 Reef Runner 800 Series:Almost from the day this bait was introduced it has become a classic choice among walleye anglers. Born on Lake Erie’s Central Basin, this bait is productive anywhere walleye are found. If the 800 series has a short coming it’s this bait is tricky to tune. Because this lure features a long and rather narrow diving lip, the eye tie must be perfectly centered to achieve the best action. Even the slightest imperfection will cause the 800 series to blow out. Many anglers get frustrated trying to keep this bait fishing, but with a little patience and experience, the 800 series can be perfectly tuned into one of the best walleye catching machines of all time! 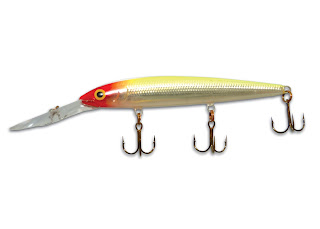 2.   Rapala Deep Down Husky Jerk 12: Interestingly enough the Deep Down Husky Jerk series is available in a smaller 10 size and a larger 12 size, but just about everyone favors the number 12. The No. 12 has a great reputation for being tuned and ready to fish right out of the box. While Rapala baits are only produced in a modest amount of color options, a short list of available colors hasn’t handicapped this bait’s ability to catch walleye almost at will. Considered by many to be the ultimate cold water trolling lure for walleye, anyone who considers him or herself a walleye fishermen will need a good assortment of these baits on hand. 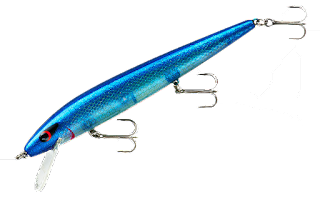 3.   Smithwick Perfect 10: The Perfect 10 is a reality new bait, but one that has quickly proven itself both as a night troller and also as a cold water bait that fishes beautifully in combination with snap weights and lead core line. Closely related to another classic the Rattlin’ Rogue, Smithwick simply did a better job of marketing the Perfect 10 to the army of anglers who fish Lake Erie’s many basins.

4.   Storm’s Original Deep Jr. ThunderStick:
The original moldings of the Deep Jr. ThunderStick were lights out baits for anglers targeting open water walleye. The problem with this bait is it was retooled after Rapala purchased Storm Lures and the modern versions are simply not as productive as the originals produced by Storm Lure Company. For the guy who wasn’t lucky enough to have purchased the Deep Jr. ThunderStick when Storm was producing them, many are still available on the internet for premium prices of course. One might argue that while $20.00 each might seem like a huge price to pay for a crankbait, the Deep Jr. is worth every penny for the angler who understands that not all crankbaits work as advertised. 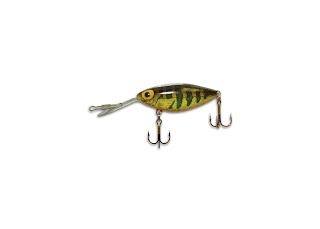 5.   Storm’s 3/8 ounce Rattle Tot: When it comes to high action baits, the standard was set decades ago when Storm introduced the Rattle Tot. Unique in that no other manufacturer has seen fit to produce metal lip crankbaits, the Rattle Tot and it’s smaller brother the 1/4 ounce Hot n Tot have dominated among high action, wandering crankbaits. Unfortunately, this lure fell to the same fate as the Deep Jr. ThunderStick when Rapala purchased Storm. The modern, retooled versions simply don’t catch fish like the original versions. One of the best features of the Hot n Tot series is these lures can be tuned using your fingers instead of having to rely on a pair of needle nose pliers. Hand tweaking a Hot n Tot produces a bait that will run great fast or slow and produce fish when most other baits won’t get a sniff. 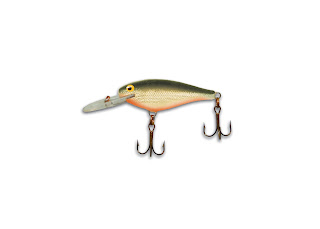 6.   Rapala No. 5 Shad Rap: Arguably the most beloved balsa bait of all time, the No. 5 Shad Rap is the perfect walleye crankbait for targeting these fish on in-land lakes, rivers and impoundments where gizzard shad are the most common forage fish. The No. 5 Shad Rap is also deadly on lakes where young of the year bluegill are an important forage species for walleye. This bait is almost always perfectly tuned in the package and compared to other balsa shad baits on the market is clearly the lure of choice among countless walleye fishing enthusiasts. Like other Rapala baits the No. 5 Shad Rap doesn’t come in a lot of color options, but the natural finishes this lure is produced in work day in and day out on walleye fisheries coast to coast. 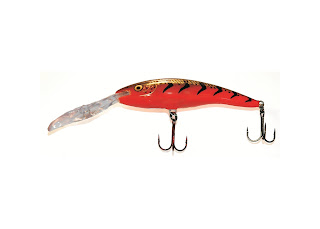 7.   Rapala TDD 11 TailDancer: Rapala’s deepest diving balsa bait, the TDD 11 is at home on the Great Lakes and other bodies of water that produce trophy sized walleye. Like all of Rapala’s balsa baits, these lures are tank tested and come tuned and ready to fish in the package. Perhaps best described as the “sleeper” of all walleye crankbaits, the TDD11 will on most days fish as well or almost as well as the Reef Runner 800 series, yet far fewer anglers have discovered this unique lure. 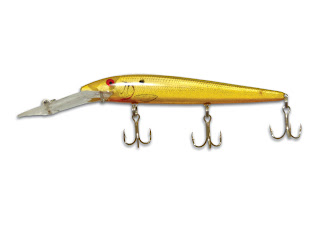 8.   Rebel Spoonbill D20: The Spoonbill was a bait ahead of it’s time. Now discontinued and tricky to find, this lure was catching cold water walleye long before the Rapala Deep Husky Jerk series was introduced. Plagued by lousy hooks and no marketing campaign the Spoonbill never achieved the popularity it should have. Those who embraced the Spoonbill replaced the factory treble hooks with premium No. 6 trebles. Another lesser known trick is to rig this bait with only a nose and tail hook and remove the belly hook. This livens up the action of the bait without negatively impacting on the lure’s ability to hook walleye. 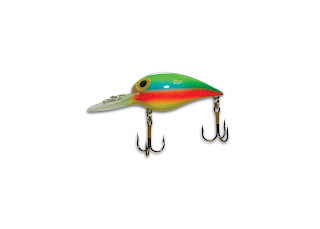 9.   Storm’s 3/8 ounce Wiggle Wart: Here’s a bait that locally on Lake Erie has earned the respect of every single charter captain in the Western Basin. The original 3/8 ounce Wiggle Wart produced by Storm Lures before Rapala purchased them is a high action, tight wobbling bait that fills an important niche among Lake Erie trollers. In June and July when the dreaded whitebass of Erie are at their most active, the majority of charter captains switch from fishing spinners and spoons to pulling Wiggle Warts. By switching to Wiggle Warts and bumping up the trolling speed to about 2.5 MPH, captains continue to put the hurt on walleye and avoid catching so darned many whitebass and white perch. The baits that these captains covet are the ones produced by Storm Lures and not the retooled versions produced by Rapala.

10. Berkley Flicker Shad No. 7: In the world of shad baits lures made of balsa have dominated in the walleye market. The one noteworthy exception is the Berkley Flicker Shad No. 7. This injection molded plastic bait will fish with the balsa baits day in and day out. Berkley took their time developing the Flicker Shad series which may well be the best selling crankbait of all time. An interesting story about the Flicker Shads helps to explain why this lure is so widely in use among walleye anglers. Inadvertently the Flicker Shad baits were included in a list of baits Berkley had decided to discontinue and sell at close out prices. Thousands of Flicker Shad baits were dumped onto the market at a fraction of the cost they should have fetched. Because the price was too good not to try some, thousands of anglers gave the Flicker Shad a try and quickly discovered these baits will catch fish. When Berkley recognized their mistake the Flicker Shad was not discontinued and to this day is one of the best selling baits of all time. 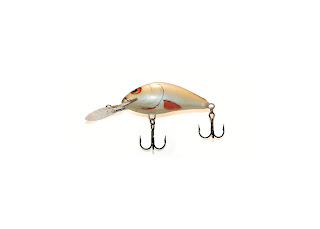 11. Salmo No. 6 Hornet: Made in Poland, the Hornet series of crankbaits are produced from a high density foam that gives these lures action characteristics similar to balsa baits. Like balsa baits the Hornet series enjoys the benefit of being tuned and nearly perfect in the package. Any fisherman who has fished the Hornets will immediately witness that these lures are great fish catching baits. The problem with Hornets is they are expensive and not widely distributed. The baits most anglers have discovered are the floating/diving models. It’s interesting to note that Salmo also produces “sinking” versions of the Hornets. These sinking baits look exactly the same as the floating models, causing a lot of confusion among anglers as to which is which!! The floating models are preferred for trolling applications and the sinking models shine best for situations when casting a crankbait is necessary. 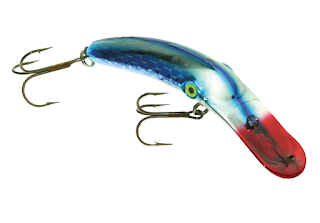 12. Yakima Mag Lip 3.5: The Mag Lip series of baits are rare in that they are injection molded of plastic and made in the United States. The vast majority of plastic baits sold in America are imported from China and other far east nations. What sets the Mag Lip apart from other crankbaits is the “skip beat” action this lure is becoming famous for. The skip beat action could also be described as a wandering action because the bait will wiggle in a uniform and consistent manner and then without warning simply dart out to the side for a second before returning to it’s normal uniform wiggle. When the Mag Lip darts out to the side it looks like a baitfish escaping and is immediately hammered by walleye and other species. The proof of how well this skip beat action works is by noting how hooked fish come to the boat. With most crankbaits the fish are hooked on only the tail treble hook. When fish hit the Mag Lip they tend to take the bait more aggressively and routinely both treble hooks are lodged in the fish. The Mag Lip family includes both larger and smaller baits, but the 3.5 is the go to choice among walleye anglers looking for a high action bait that catches fish on rivers, in the Great Lakes, on in-land waters and also impoundments.

SUMMING IT UP: The above list of baits I’ll dub the “Dirty Dozen” represents a collection of crankbaits I have come to respect and depend upon. With over 30 years of experience fishing walleye with cranks and also testing crankbaits for the Precision Trolling Data apps, I’ve developed some pretty strong opinions on what works and what doesn’t in the world of crankbaits. Not all these baits are still on the market, but thanks to the internet all can still be found and purchased if the price is right! It’s also worth noting that I didn’t pull any punches when identifying the strengths and weaknesses of these lures.


In my mind crankbaits are tools designed to help anglers catch fish. Marketing claims, pro staff opinions and advertising hype aside, the proof of that goal is when a crankbait works time and time again. It would be a wonderful thing if every crankbait out there consistently put fish in the livewell, but in the real world only a select group of lures end up on the “approved for walleye” report card.